This week I received a delightful and unexpected gift. I got paid for a job I thought I’d gotten burned on. Let me backtrack. My business is divided into two parts. There’s the agented side of things: I audition for jobs with my agent (s) either at home, in their office or at casting places and when I book a job they send me to the studio. These are the “Cadillac Jobs”. Kushy and smooth. I am just a voice for hire. I go into an awesome studio, record for a half hour and then get a check sent to me a while later. No engineering, no invoicing, no call for pickups, (unless there’s another paycheck attached!); it’s pretty sweet.

But to make it as a VO in this day and age, you pretty much also have to have a home-based business, as well. On this side of things, I am not only the “talent”, but also the engineer, as well as the accountant and office manager. Most times, I am also the director and sometimes the producer. Jobs come to me through referrals from past clients, online sites, or by people finding my website.  Someone contacts me about a project, I provide a quote and tell them my policies, they send me a finalized script and I record it, either with them on the line or on my own depending on their preference. Then they may come back to me with one round of pickups. After that the job is usually (hopefully) just another good memory. Next. I fondly refer to these jobs (privately!) as “turn and burn”. No disrespect, they’re great. I get paid, complete the job quickly and it’s wrapped up nice and tidy with no unnecessary time and energy lingering. Everyone’s happy.

To this end, I always ask for payment up front, especially the first time I work with a client. I didn’t always do that, but I learned the hard way. Many times, clients seem to magically disappear after they get what they need, and understandably so; they are typically on tight deadlines and still have post production ahead of them. A few times I was stiffed completely. More often, I would eventually get paid, but it might take months and months…and that meant months and months of me following up with them, sending gentle reminders, more terse reminders…you get the idea. The whole process was a hassle, uncomfortable for me, a time suck and just plain not fun. So, I decided to adopt a policy that was in place at a corporate job I had years ago.

Before starting in voiceover I worked for a short time as a customer service rep at a business that sold news clips to PR companies. At that job, it was the company policy to ALWAYS get the first payment up front with a credit card. After that, we would give the option of “establishing terms”, which involved checking at least three references, to make sure that they paid their bills and did so on time. Only then would we set up a payment arrangement of either NET 14 (they pay within 14 days of receiving the bill) or NET 30 (they pay within thirty days of receiving the bill). There were no exceptions, not even if they insisted on “speaking with a manager”. If they wanted the clip, they paid in advance.

Taking a page out of that playbook, I started requiring payment up front, unless it’s a client I know and have worked with before. I send the file within 24 hours of receipt of payment, usually less. Most of the time people don’t have a problem with it. If they want to work with me, that’s my policy. Occasionally, someone does have a problem with it. They plead their case and there are extenuating circumstances. And sometimes, being an understanding and flexible person, on a case-by-case basis, I decide to take them at face value and go ahead and do the job first, without being paid. Usually this works out just fine.

But sometimes, it doesn’t. And then I ask myself why did I just do that again?? What is it that makes me cave? Why and when do I do this? Well, sometimes…I just…I dunno, trust them… It’s more of a sixth sense, really, than anything else…This person seems honest or seems legit…But sometimes, they’re not!

I guess that’s why I am a voiceover person and not a psychic! Every time this happens to me, I learn the lesson over again. YOU CANNOT TELL IF SOMEONE IS HONEST, HONORABLE OR IF THEIR BUSINESS IS SOLVENT BY TALKING TO THEM OR EMAILING WITH THEM. You just can’t.

So, back to this week. In May, a client I had worked for last year contacted me with a new job. I had done a similar project with him a year before and had gotten paid, no problem…Although I realized (later) that I had worked with him through Voices.com, not one-on-one, whoops! I should have checked on that. Of course I got paid, no problem. Voices.com requires payment up front!

Anyway, he calls me and says he needs the voiceover for this awards ceremony and he needs it right away (a red flag, by the way – the times I’ve gotten burned, it’s usually from a client who is “on fire” about getting the VO right NOW!). So I say sure, and give him a quote. He says great. I say I require payment up front. He says, Oh…I can’t do that, blah blah, I don’t get paid right away from the company, etcetera…I stand firm. He persists and asks, can we just do NET 14? I can pay you within two weeks, not a problem. I cave and say ok, figuring what the heck- I’ve worked with him before, we’ve been talking for twenty minutes and he seems so nice. Ha. My country girl naivety still sometimes shocks me in retrospect.

So I agree to NET 14, executing the job quickly and professionally, and deliver, as promised, right away. I send over an invoice. I never hear from him again.

I will save you the prosaic details of how I followed up numerous times, first by email and then by phone.  I end up talking to a colleague whom I happen to know provided the male portion of the VO for the same job; he too confirms he was never paid. We both did some digging and came to the same conclusion: the company he worked for is now closed. The website is down and it looks like the company is defunct.

Months go by. I could really use that money. In a last ditch effort, I decide to contact the head of PR and Marketing for the company I actually did the video for. A long shot, but I figured it couldn’t hurt. I write a short, congenial and professional email to this person, explaining who I am and that I have never been paid. I cc the guy who hired me and state he has been unresponsive. I’m hoping she can be of some assistance in settling this matter. I throw in that the use of my voice without being paid is illegal. I never hear anything back.

Oh well. In the meantime, I notice this guy who stiffed me is now on Linked In with a brand new job – Director of Marketing at Progressive in the Cleveland/Acron, Ohio area…! How bold to be out there, with your swanky new position, potentially hiring and screwing over more VO’s! I am livid…but don’t really know what to do, so I do nothing.

Then this past Monday morning, about a month after writing the email to the PR person, I wake up to an email out of the blue from the Chairperson of the Board of Directors, who apologizes profusely. She states they had paid this guy right after the job was completed and had of course assumed we had been paid. The next email is a payment confirmation from Paypal…she paid the invoice in full! Yipee. Vindication! There is justice in the world! I, of course, write her back to immediately thank her and I tell her that she should be aware that he did the same thing to my colleague. I ask if I can pass along her contact info to him and she says yes, of course.

SO, why am I going through this whole big huge long scenario? Well, to share the happy ending, yes. But more importantly, to share what I’ve learned.

1. Business is business and policies are policies. I’m not saying it’s not okay to be flexible, of course it is, and everyone needs to make that call for themselves…but know your policies and stick to them! And be willing to accept the consequences if you get burned.

2. There are red flags that show up over and over again in these situations: the “barn burning” urgency to get the voiceover RIGHT NOW. The fast talking-ness. You know what? If someone needs the voiceover immediately, then they can pay immediately. They wouldn’t walk into Costco saying they needed an air conditioner immediately and then ask if they can pay for it in two weeks. If they can’t do it because they haven’t been paid yet, I understand, it’s a common problem for producers, but it’s not my problem, it’s theirs. When I’m firm, they can usually figure it out.

3.The no mailing address/no phone number situation is also a red flag. Ask for these things when you are first opening up the job. Many times I’m busy, things are moving fast and I’m so eager to get down to the task at hand, that I forget to even ask for this information. Then when and if I need to follow up later, I realize I don’t have any information besides an email address and maybe a website. What was I thinking?? If I was at that job I used to work at, that would never happen. I would not be able to fulfill a customer order without basic information – so why would I allow that to occur in my own business? The time to get the client’s information is right at the beginning, before you do the job.

4. If you do get into a situation with an overdue invoice long after you’ve completed the job, try contacting the company that the job was for (if different than the producer of the job). Start with the PR/Marketing department, if there is one. Keep your communication brief, unemotional, polite and professional. Ask if they can please be of any assistance in the matter. (Throwing in the line about using your voice without being paid is illegal is always good too – thank you Golden Nugget of Faffcon 2012, Ventura!)

5. If you’re unsure about someone, look them up online and check in with your online communities, the Better Business Bureau and other consumer advocacy groups to see if there are complaints about the person or the business in question. 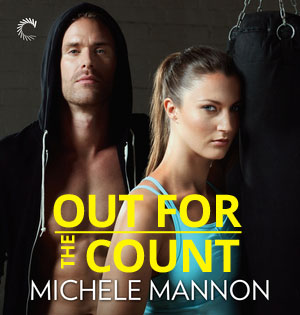 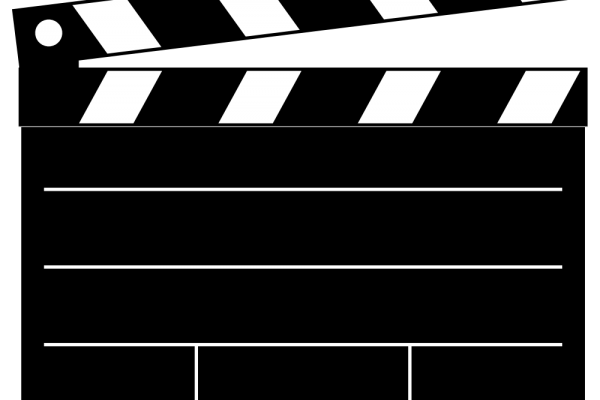