If you’ve been in the VO industry for the past ten, fifteen, twenty years, you will have noticed massive changes.  I’ve noticed changes just in the past five years!  Jobs used to pay more. There were more campaigns and long-term contracts. There were less voice actors and hardly anyone had a home studio. If you did have one, you had a serious advantage. And if it sounded good, even doubly or triply so!

It’s not dissimilar to the music industry, which went through huge shifts (and bottomed out) about ten years ago. Budgets are shrinking and clients are expecting much more, for far less. With the prevalence of home studios, the playing field has vastly expanded and while there are many more opportunities for voice actors, there is much more competition than ever before. Couple this with the fact that stars now think it’s cool to do voiceover and the reality of a union that hasn’t been willing or able to adapt quickly enough with the times, and the future can seem a little bleak, for those of us who make our living in this way. Don’t get me wrong. I think talented voice actors with a great work ethic and a savvy business sense will always have work, I truly do. I believe if you market yourself, cultivate your clients and keep them around, you’re probably fine. But I still think it’s important to have your eyes open. And I’m interested in doing much more than just surviving.

The more I ponder this situation, the more I am convinced that the answer, or at least a “safety valve”, if you will, for those of us who are still interested in maintaining an awesome living doing this thing we love, boils down to two things:

Diversifying: I remember first hearing about this concept with regards to investing. The philosophy was: you don’t want to put all your eggs in one basket – what if that basket drops? And it makes sense because I am actually talking about investing…in yourself. I believe it’s more important than ever these days to have multiple streams of income, not just one. This means diversifying yourself within genres of performance. I have a lot of friends, for instance, who only do one type of VO. I’m encouraging them to expand their skill sets and explore other potential income streams. The more streams you have flowing, the less you feel it when one or two of them dry up. I’m actually toying with the idea of dipping my toe back in the on-camera world for this very reason, if not theatrically, at least commercially. More coals in the fire, so to speak.

This not only goes for diversifying within genres in performance, but also expanding my earning potential outside of that realm entirely. I just might finally be doing that yoga teacher training that I’ve always been interested in! Not that I’m not doing great in the industry; my business is actually thriving! My income has continued to climb over the past four years and I’m doing better than ever. But it’s good to be prepared and to be (at least!) one step ahead; it’s good to be AWAKE. There will always be lean times and the beauty about our profession is that there really is time to do other things*. (*Unless you’re you make your living solely as an audiobook narrator, in which case, no, you do not have time to do other things….but you need to make time, friends!). Pick your own brain. What other things have you been wanting to do but haven’t pulled the trigger on yet?  Take stock of all the things you love doing and find a way to monetize them if possible!

Content Creation:  With the birth of new media, there are tons of opportunities springing up every day: new channels, new networks, new shows, new opportunities…One major thing we artists have to our advantage is our creativity. They need content. We need jobs. There are a million actors out there who want jobs. They don’t need more actors, they need content.  I believe if we have something more to offer and build it ourselves, “they” will come knocking. Self-promotion has never been easier; it’s one of the truly empowering things for an artist about social media. The name of the game, however, is discipline; are you willing to contribute regularly to something you can grow?  Whatever it may be.  A blog, a podcast, an animated series…what makes your heart sing?

There’s no longer one path, or a set of prescribed set of steps you can take to become successful (Well, I’m not sure there ever was one, but…) The people I see really breaking out of the pack and flourishing are “doing” themselves. They’re not doing what everyone else is doing. They are taking a passion or something they’re knowledgeable about (hopefully it’s both) and using that as a vehicle to catapult themselves. Consider my friend Tess Masters.  A fellow actor and VO, she also had an incredible love and expertise in the field of vegan food. She started with a website and was diligent, building it steadily over three or four years, and now she’s touring the world with her new best selling cookbook. It’s one of the best selling cookbooks on Amazon! My friend Liz Loza, another talented VO, has a passion for fantasy football. Three or four years ago she christened herself  “Fantasy Football Girl”, and now she’s successfully leveraging what she created and her career is blossoming in a totally unique way, that is perfect for her…because it is her!

I’m enthusiastically trying to think out of the box here. I believe in leading with equal parts passion and intelligence. Prepare and make way for the magic. Because I’m interested in being a thriving artist, not a starving one. I gave that up in my twenties. Over rated.

This one’s for my friends 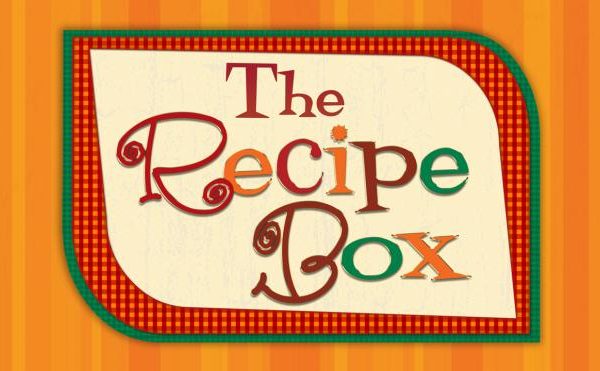 Great thoughts – coming to LA from a regional market I don’t know any other way to live than like a Swiss Army Knife of skills… thank goodness!!

Ha, I heard that call to action, my friend! Making time…Thanks for another great post!

First, I love reading your blog posts. It’s wonderful insight and information from a VO talent I respect and admire. I do have a question.

I got my demo back from production and the response from those I’ve sent it to has been so amazing…it’s humbling. My website – albeit small – is running and I finally worked my nerve to submit it to an agent. My question(s) is this: If an agent is going to respond, what is the normal timeframe or range for them to respond? Also, is it good or bad protocol to submit to more than one agent at a time while waiting to see if another is going to respond?

I hope you don’t mind those questions…I’m very passionate about getting this career off the ground but want to do it the right way.

Thanks so much for your kind words; I’m so glad you find my blog helpful.

Congratulations on completing your demo, having your website up and running and all the good feedback…sounds like you’re in a great place to start agent hunting!

My suggestion would be to definitely submit to all agents at once, not just one at a time- just go for it, put it out there and don’t waste too much time while you’ve got the forward momentum. Typically, if an agent is interested, they will let you know pretty quickly- I’d say within a week but usually within a few days – they go after what they want pretty fast. Of course, there’s always exceptions to every rule but that’s been my experience. So, if you wanted, you could submit to all your top tier agents one week, the next rung the next week, and then the bottom rung the week after that to stagger it.

The other thing is, if you submit to a bunch at one time – what’s the worst that can happen – you are courted by multiple agents? That would be awesome! If you end up getting multiple agents wanting to represent you, then you can take some time (not too much- a week max!) to think about it and talk to others about it. If you are still waiting on hearing from your “dream agent”, at that point you could always contact them and say I have an offer from another agency but I’d really like to sign with you…and see what they say.

This is actually a great topic for a blog post – I just might do one on this – thanks for the inspiration – and good luck!! Proud of you!

Thanks for the information! I’ll definitely start hitting more agents then. I’m just nervous of submitting to low-grade agents as well and getting a bad one. Not knowing how the contracts work (exclusivity, getting out if another agent more reputable wants you, etc)

Is there a good way to find that out? I’ll admit, I submit to your ATL agency feeling confident they were a good one. 🙂

I’d love to read a post on that…so glad I was able to contribute. Thanks again!!! I’m definitely pursuing a dream of mine and I feel based on the feedback and critiques I’ve gotten, this is the right thing. I’ve been hard on myself so not going into this with delusions of grandeur. 🙂

I think the thing is to get an agent, any agent, as long as they are reputable…and then you trade up as your career progresses. I’ll detail more in the post, which will probably be the one after the new one I’m posting next week.

Basically, you don’t usually have to worry about contracts bc most contracts state that you can terminate the contract if you don’t get any work with them for 3 months.
Whatever you do, DO NOT PAY AN UPFRONT FEE FOR AN AGENT OR MANAGER, EVER! Anyone who charges a fee to be represented by them is unscrupulous.

J Pervis Talent is awesome, by the way – glad you submitted to them – just worked a job for them today!

Thanks for the insight. Will do. I hope they reply, with something positive. I just submitted on Tuesday, so I know there is still time.

I can’t wait to see the posts and will definitely follow the advice…better to learn from those who’ve been there vs winging it.

Thanks again. I’ll cross my fingers on Pervis but will start submitting to Umbergers, AMT, and others in hopes of finding a partner who believes in me. 🙂

I hate to pester on the agent point, but I realize, I do have one more question or point of clarity.

What is the etiquette for following up with an agent you submitted to, especially one over email where you can’t be sure it didn’t get trapped in spam land? Is it rude or arrogant to follow-up? Is it expected? I’ve not followed up because I didn’t want to be disrespectful of their time or to seem as though I was pestering.

I figure advice from someone who knows much more than I is better. On the plus side I keep getting good feedback on the demo, just not the ‘hit’ from an agent I hope for. 🙂

Thanks, and I hope I didn’t pester you too much on this.

Don’t ever be afraid to follow up. As long as you’re doing it professionally and not too often, your fine! I’ll try to work on that blog post this weekend!! I’d say after initially sending it, give it a week or two, then follow up. Then if you still don’t hear back I’d leave it for a while until you have something new to share with them (like a big booking!).