I think I’m finally coming down from the hyper-stimulation of APAC 2014. So much activity and output packed into just a few short days!

For those who are unfamiliar, APAC (Audio Publishers Association Conference) is an annual event held in NYC. Basically everyone in the audiobook industry (producers, directors, publishers and narrators) attends at least some portion of the events, which are spread out over a few days in late May. The conference itself is only one day, but there’s also a mixer the evening before and the Audies Gala (the Oscars of audiobooks) is held the day after. This all happens in conjunction with BEA (Book Expo of America), so many people attend that as well.

If you’re serious about a career in audiobooks, joining the APA (Audio Publishers Association) is important.  It provides legitimacy and keeps you in the loop. Membership entitles you to a discount for attending APAC as well as an opportunity to participate in special bonuses, like “Director Diagnostics”, a unique opportunity to meet and read with a producer or veteran narrator, offered to people who sign up first for the conference.  The APA also sponsors events throughout the year such as mixers and webinars. For information on joining go to http://audiopub.org/

I thought it might be helpful for those of you considering attending next year (or those who are just curious!) to relay my experience of APAC 2014.

Here’s a breakdown of my four madcap days.

Tuesday May 27th: Arrived in the city in the late afternoon. I actually flew out on a red eye on Saturday night and went upstate to see my family for a few days before coming to the Big Apple. Once I checked into my hotel I grabbed a bite and then realized I was already running late for the mixer (whoops!). For some reason it seems to start very early every year (5:30pm) so be ready for that and plan accordingly. Many people I know from the West Coast miss it because they’re only just getting in at that time. This year I thought I had it down, but I still only caught the last hour… maybe next year I’ll get it right! After the mixer I went out to Queens to see a childhood friend. Lovely to see her but another mistake! I didn’t get back into Manhattan until 2 am…I won’t do that again! APAC is a very LONG and fun but exhausting day; you need to be fresh. Word to the Wise: lay low the night before!

Wednesday May 28th: Woke up feeling refreshed after 3 hours of sleep (ha) and headed to the Javitz Center. My Director Diagnostic appointment was at 8:30am. I arrived fifteen minutes early, checked in and put my game face on. Had a lovely session with Steve Smith from Oasis Publishing.  Ten minutes later the conference started with an interesting presentation on the state of the industry, followed by a motivational keynote address from Alan Iny.

The day continued with panels on topics such as using social media for promotion, home studio setup and workflow, and publishing opportunities for narrators. Built in throughout the day are networking breaks. These little breaks between sessions are invaluable for connecting with the people you came to see!

The day ends with a cocktail hour, this year sponsored by my good friends Deyan Audio.  The cocktail hour is another great opportunity to find the people you might have missed throughout the day and talk to them!

After the conference I met up with my cousin and my niece to catch a Broadway play, always a priority for me when I’m in NYC. This year we saw Bullets over Broadway.  I enjoyed it but it didn’t knock my socks off…I wish we had gone to see All the Way with Bryan Cranston! After the play we ended up at Café Un Deux Trois, home of my very first waitressing job. The place was exactly the same! It brought me right back to being a brand new actress in New York City.

Thursday May 29th:  I happened to book a job while I was away, so the morning was spent scrambling to find an ISDN studio that we could book on the fly.  Thank goodness for social media! I put a request on Facebook and a bunch of people made recommendations. Two different friends suggested Lotas Productions, which is where I ended up. They were absolutely great; I now have my go-to studio when I’m in NY!

After lunch with a friend, I attended a SAG-AFTRA audiobook meeting. The union has been very active in reforming the audiobook industry over the past several years. I attend meetings regularly in LA, but it was so cool to be with narrators from all over the country for this one!

That night I made a game-time decision to attend the Audies (yes, I just happened to have an evening gown in my suitcase!). I’m so happy I went! Although it’s an expensive evening (tickets are $400!), it was worth every penny. The Audies are a lavish affair and it’s wonderful to be in such a relaxed and celebratory non-work environment with the most talented people in the business. Each year it’s hosted by someone fabulous and this year was no exception, with Libba Bray at the helm, who was just fantastic.

Friday May 30th: Checked out of my hotel and had coffee with a girlfriend, then went to a Narrator/Blogger Lunch. This was a private event, not an official APA activity. I’m so grateful to have been invited. Connecting with bloggers is invaluable. They are such supporters of the industry, really helping to promote books and the people who read them! I only wish I had more time to connect with and get to know all of the interesting people who were there!

After lunch I went back to my hotel, picked up my bags and cabbed it to JFK, another APAC notch on my belt. This was my third time attending and I have to say it was my best year yet. If you’re considering it for 2015…do it! You will learn a lot, expand your network, meet tons of new friends…and be exhausted when you return! 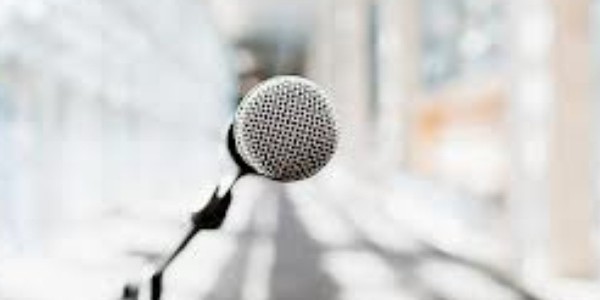 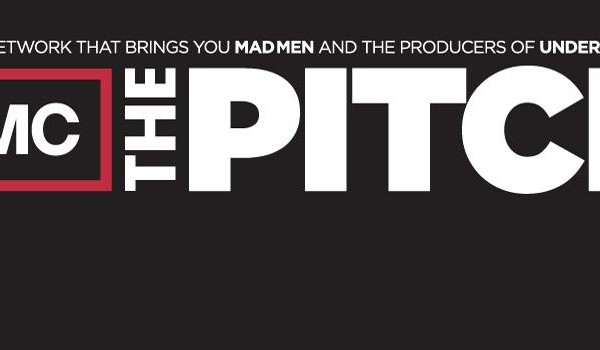 Wow…that’s a packed series of days. How do you know who to talk to? I guess being year 3 and your general experience helps. Just trying to understand the ins and outs as best I can as I leap in.

On the studio, I assume the client paid for their time. Are they usually ok for having to pay that at the last minutes when you are away from your home base like in that situation?

My coach is suggesting I do an audio book demo to go along with my commercial demo so this was timely.

Sorry for the delayed response! Been so so busy since I’ve been back home!

I actually have another blog post almost ready to go about networking that will address your first question about knowing who to talk to! You can sign up on the top right hand corner of the blog page to receive the posts as emails, if you haven’t already.

As far as the studio question, yes, the client paid for it. They would have had to pay the studio in LA and Lotus Productions was super cool enough to offer them the same rate that they usually pay. This is pretty unusual and super awesome – another reason they are now my go-to studio in NYC!

Having audiobook demos is key if you want to work in audiobooks! Sometimes people offer them through a class (like Coleen Marlow’s class at Deyan Institute, or Pat Fraley’s weekend course) and that can be a good start to get your feet wet. In my experience, ultimately industry folks want to hear longer demos separated by genre – so a 4-5 minute non-fiction, a 4-5 minute romance, a 4-5 minute mystery/thriller, etc., depending on what genres you want to promote yourself for.

Thanks for sharing your APAC experience, Rachel, yours was a familiar and welcome face in the crowd there. Reading about your experiences in NYC had me reliving mine as well, and had I but known, we could’ve taken the same Red Eye together, maybe next time.

This was my first ever APA Conference and, like you, I LOVED every minute of it! I felt especially lucky to have the excellent opportunity to participate in the Directors Diagnostic with Bruce Kitovich from Audible.

I’ll be dedicating myself to attending next year as well, ‘all things being equal…’ Perhaps I should be on the look-out for an evening gown…just in case.

Karen, you are such a beautiful flower across the room! Always love seeing you even when we don’t get to chat much! So glad you got to read with Bruce from Audible – that’s awesome!! I’m sure you rocked it! Always good to have an evening gown on hand when you travel – ya never know when it might come in handy – lol!