Ahhh, the slate. It’s a part of every VO’s daily world. For most auditions, they’re required. For those unfamiliar with the term, a slate is when you say your name at the beginning of the audition to identify yourself.

People slate in different ways. Some just say their name: “Rachel Fuginiti”. This is what I do, as I’ve heard from most casting directors and producers that it’s their preference. Some will say “Hi, my name is…” or  “This is…” If I’m in a group audition situation, I usually take my cue from the other actor, if they slate first. I match the format of however they did it, which I think lends a sense of cohesiveness and unity. It also ensures I’m listening!

There’s nothing wrong with a short introduction as long as it doesn’t go overboard. “Hi there, this is Rachel Fulginiti, reading for the part of x and I’m very happy to be doing this audition… My dog’s name is…”

I’m being funny but seriously sometimes an actor can go overboard. Some people feel absolutely compelled to add something unique to their slate, believing that it will grab the listener’s attention or make them stand out. This might be true but it can also backfire. It’s important to remember that they will be listening to dozens (or more likely, 100’s!) of auditions. You don’t want to waste their time by adding ten seconds of intro. They just might skip over your audition altogether and move on to the next one. Keep it short and to the point. Get to the audition, which is what they really want to hear.

Some people slate full out in character and I think that can be useful sometimes, especially for video games and animation. Of course others will disagree, saying that it’s good for them to hear a contrast between you and the character, to see what else you’re capable of and to make your acting stand out. I’ve thought about it a lot and I honestly go back and forth on this one. In the end, I think a friendly, approachable, natural sounding slate works every time, regardless of genre or project.

One thing that used to really throw me was transitioning from the slate into the actual audition. I felt like I had to launch right into the copy after saying my name, and often times that didn’t give me a chance to get where I “needed to be” for the audition. I started allowing myself a small pause after slating, to collect myself and drop in. It’s a really small space, a “beat” if you will, but it allows me to remember my intention and what I’m wanting to do.

Another way to approach this, or a good adjunct, is to be prepared before you even say your name, so when you slate, it’s as if it’s already a piece of the copy. I like this and for that reason I always make sure to slate in the general tone, mood or flavor of the piece. Firstly, it puts me where I need to be and secondly, it sets up the audition for the listener. If I have a disconnected, lackluster or unfriendly slate, it can turn people off right away, before you’ve even gone into the copy. Remember, the slate is the first thing they hear, so it’s either an opportunity to start winning them over, or a chance to turn them off.

When doing auditions from home, I will often slate three times in a row to give myself a choice. It’s interesting to listen back. For some reason, I notice time and time again that the first one almost always comes off as disconnected or even slightly tentative, held back or guarded – it’s really subtle but I can hear it. It seems like I warm up or come alive in the second and third take. More often than not the second one is the winner, as it still has freshness and spontaneity, but sounds more focused, present and friendly – without being overdone or sounding rehearsed.

It’s always weird to hear that first one – why does it sound like that? Why am I doing that? But it’s not really a matter of why, it’s a matter of knowing that’s what I do and working with it.

If  I remember to consciously connect before opening my mouth, I can usually get a good slate the first time around – which is important when auditioning at outside studios or in my agents office. I’m not going to ask them to choose the best of three slates. They just don’t have that kind of time, and would probably think I’m crazy (or a neurotic actor) anyway. But to me there is a subtle difference that does matter in such an incredibly competitive field.

While seemingly innocuous, the slate is a crucial part of your audition. How do you approach slating? Have you thought about this subject as much as I have?

I’d love to hear your thoughts! If you liked this post or found it helpful, please share it…and if you haven’t, be sure to sign up for my blog at the top of this page. 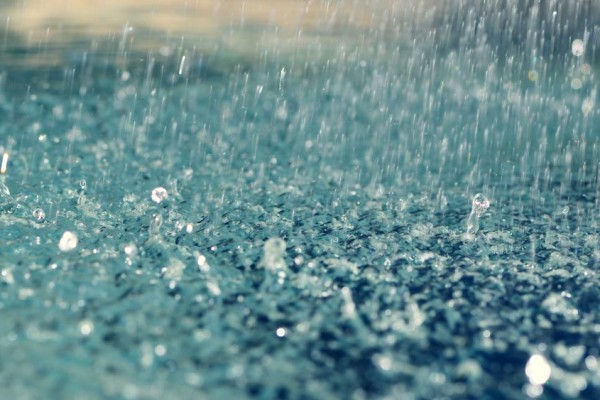 I just finished my advanced voice over demo workshop – 6 weeks of laying down tracks to potentially represent my ability to do standard VO Commercial work. Last night we did our slates…so quick but so difficult. I found that my first take was similar…a bit distant…being vibrant with my name but not to in your face was hard to be sure. I won’t trade it for the world…each time I did it I felt more at ease and where to be. It’s refreshing to hear from an expert and someone who slates all the time that even as time goes on and the experience builds, the slate is still tricky. I love the blog BTW!

Thanks so much for your comment and for reading my blog! Working on a new post for this week. Congrats on your new demo!!